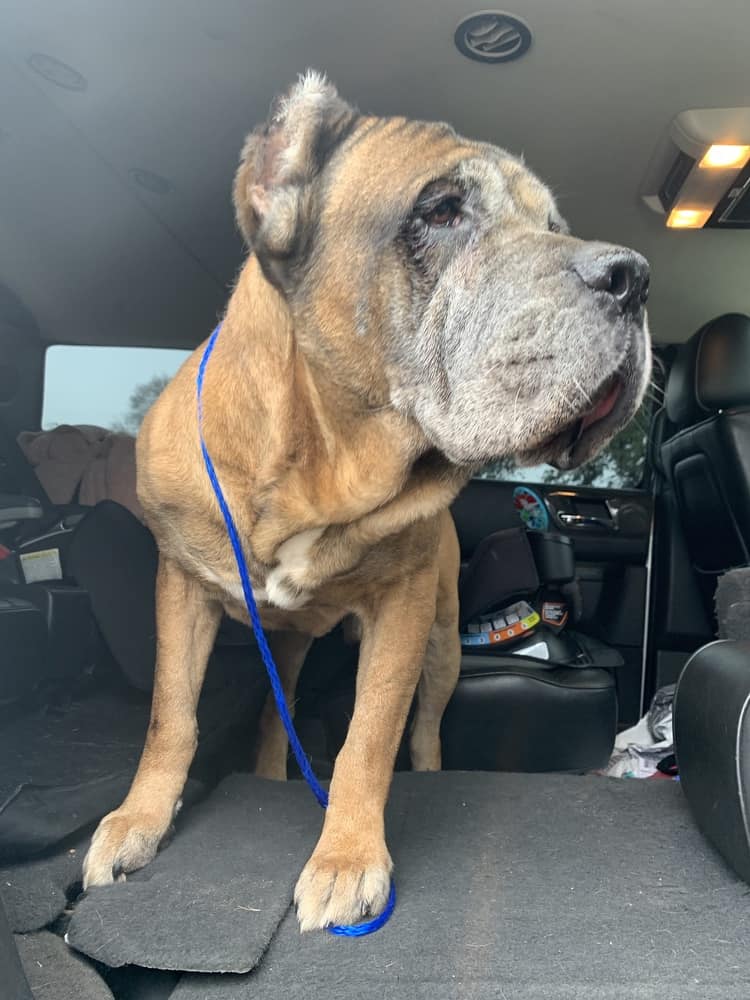 Hercules is fawn a colored Cane corso from Houston, TX. He came to us When the owner was suddenly hospitalized, a friend of the owner helped dogs get Hercules to CCR.

He was 1 of 3 Corsos that were taken from a Houston, TX backyard. The owner had a serious health injury. The younger dogs were sold 😡 and the older dogs were left in the yard. CCR was asked to step in when the landlord said the dogs had to “go!”

Hercules was scared, sad, and in very bad shape when he arrived to his foster home. He has had extensive vetting and is doing great! Hercules’ favorite thing is to hold a toy in his mouth, wag his nubby like crazy, and moan. He’s hilarious! As part of the Silver Paws program, Hercules has sponsorship that will be explained to the approved adopter.

He is dog friendly, should not be around cats, Kids safe 8+, And he also likes getting petted on his cheek bones.