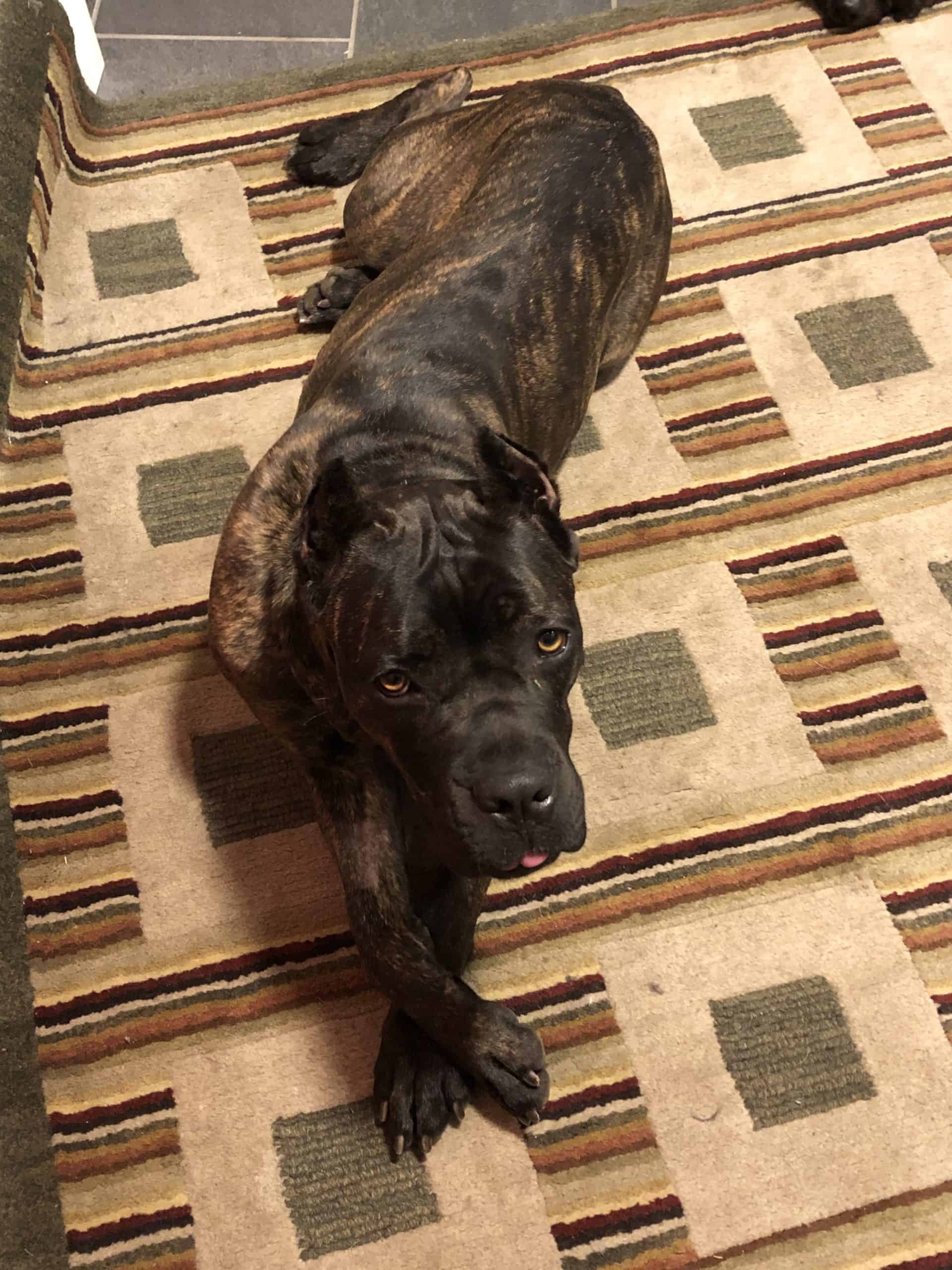 h
Adopted

Crate Trained,Dog Safe,House Broken,Kid Safe 5+,Knows Commands,Leash Trained
Apply for Adoption
Zena is a petite 2-4yr old Cane Corso.  Zena comes to use from South Carolina. Another rescue volunteer pulled her and had a foster friend lined up for Zena.  As Zena was pulled, the foster backed out.  The rescue volunteer who pulled her fostered her for several week but her 6+ crabby, senior small dogs quickly got annoyed with Zena.  Zena’s energy set them off and Zena would get sad and frustrated that nobody wanted to play with her.

That’s when CCR was contacted.  Upon seeing pictures of Zena amongst multiple fast moving, small dogs and hearing about her temperament, CCR accepted her into the program.  Zena has shown to favor women and be more scared of men. She takes longer to warm up to a man, but she DOES warm up.  Once you are “in”, you are “in”!  Zena would do best in a home with a male large breed dog for her to play with.  As most female Cane Corsos, Zena will get more pushy with her canine friends. as she settles in.  Zena was in foster care with children 6yrs+, so she will be considered for approved families with 1 or more young children.  Zena is healthy and ready for her next adventure!