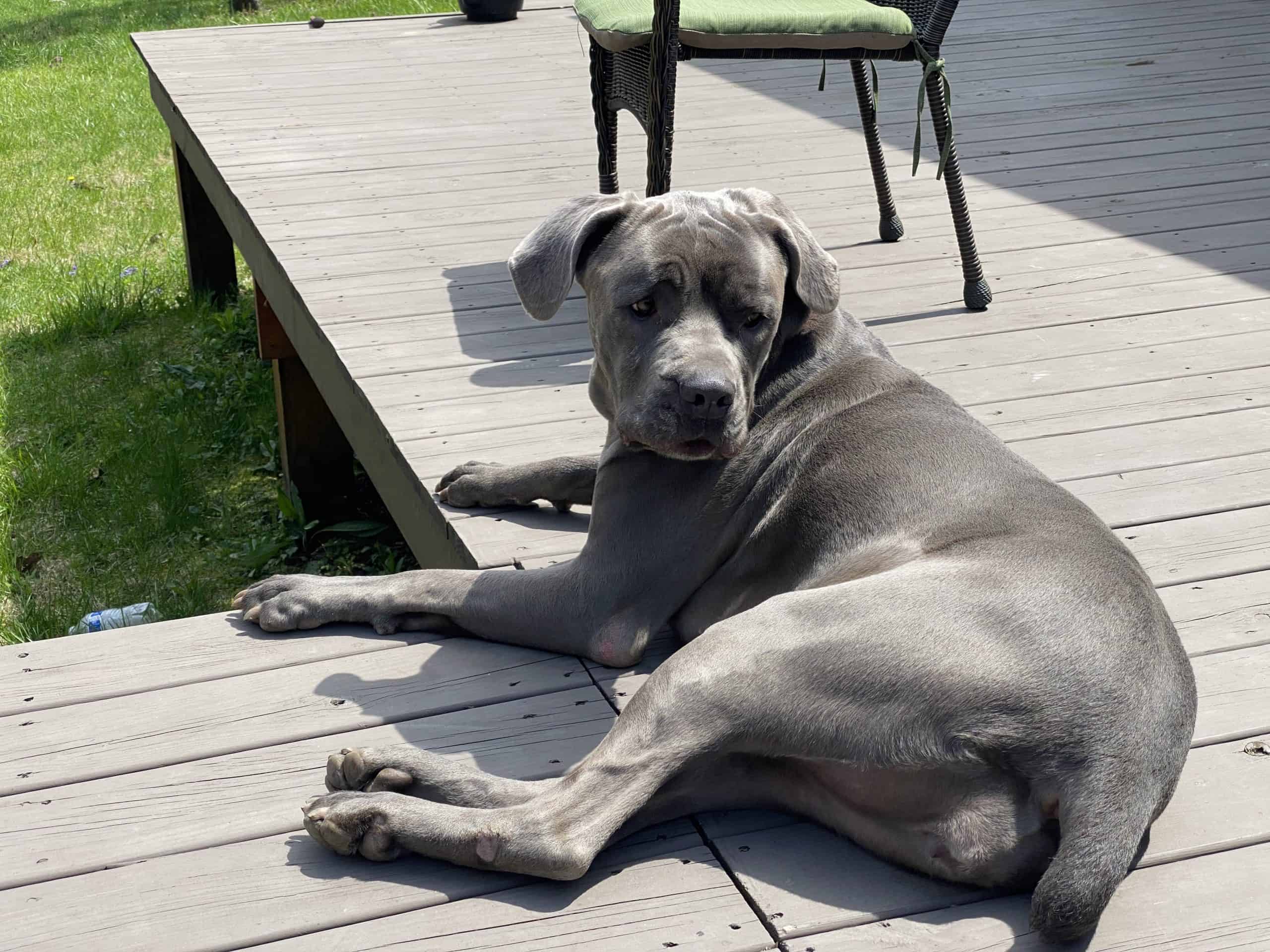 UPDATE 09.10.20: Vixen loves her people. She has been back in foster care for several months now, since being in the home where the male Corso attacked her. She is an only dog at this time and is really shining. Vixen doesn’t need to be the only dog though. Another large breed, playful male dog would be great too. Vixen loves laying in the grass and sunning, but loves her people even more!!

Vixen is a four year old Cane Corso. Located in Georgia and highly intelligent, easily trainable, and an amazing companion. She was adopted as a puppy but unfortunately her and the other male Corso in the household kept getting into fights and vixen would always lose. For her safety, CCR brought her back into the program to rehome her. She does have the typical working dog prey drive so no small dogs or cats please.

Her best placement would be with another large breed male dog as a companion. Vixen is healthy, active and absolutely beautiful.