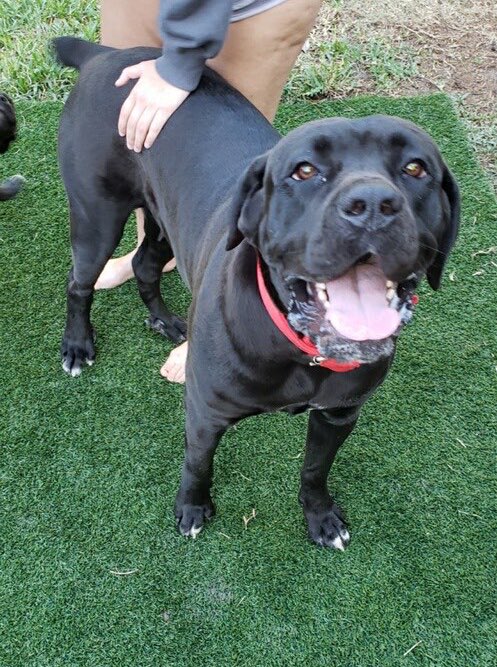 Update 2/26/21 – 4:30 am: Nala is back home and doing well! We spoke to the vet that spayed her, the Emergency Vet, the specialist, and CCR’s local vet several times today, trying to make sense of all of this. The vet that spayed her confirmed that bloodwork was completely normal before the procedure, including her PCV and platelet values. We spoke to the specialist again and without telling them what the vet who spayed her said, they helped us feel encouraged that this was all just a vessel that bled. They offered to do some additional testing but we declined it because we had already spent so many funds stabilizing her. They recommended putting a belly band on her, giving her additional support to help with the bleeding and regeneration of blood cells. They also recommended that we check her blood work in a couple of days to be sure everything was back to normal. They felt very confident that she was going to be just fine and that there are no underlying, medical causes. 🙌🏼 There is a ton of bruising obviously, but she is happy eating and drinking. THANK you to all of you who offered support with thoughts, prayers, and donations!! We will post her bills here soon as well.

Update 2/25/21 – 3:30AM The vet just updated us with Nala’s blood work results and blood smear results. Both tests confirmed she has reduced platelet count. Her blood platelet count was 88,000 and she should be 175,000-500,000. Her foster mom won’t be picking Nala up later today as planned. She will stay at the vet and see the Doctor tomorrow to determine what we need to do next. She is stable right now, but her incision site continues to ooze and the bruising is becoming worse.

Update 2/25/21 1:20 am– The vet updated CCR letting us know that he didn’t see any free fluid, so that’s good. No internal bleeding, which means the bleeding is within the subcutaneous layer… Her blood work was good yesterday but they are going to run it again tonight. Her clotting times were good. But her PCV was low so that’s not great. PCV is the packed cell volume and can also be referred to as hematocrit. Nala was at 28% and normal is 35%- 55%, so she is considered slightly anemic.

Update 2/24/21 9 pm– Nala had her spay surgery yesterday. When she was last checked on this afternoon, she was doing well in her crate and in her cone. This evening when she was checked on, she was laying in a pool of blood. Her foster mom quickly rushed her to the emergency vet. After several hours the vet Nala is staying overnight for observation 😪. Nala was still bleeding but less than earlier. They are doing to ultrasound, running a clotting panel, and observe her overnight. Hopefully they don’t have to go back in and surgically repair whatever went wrong. But if that does have to happen, we will go back to the vet that did the surgery. Poor Nala.

​Nala is a 2 year old female Cane Corso. Nala and her 3 month old baby came to CCR from a TX “breeder”.

Somehow Nala found her way into a shelter and a friend of the owner/ breeder picked her up a few days later because the original owner/breeder did not want Nala back and said she already had too many dogs and was still trying to sell Nala’s puppies. The shelter contacted us and now Nala is with CCR. We are told that this sweet, young girl has been bred twice and the first litter all died. The second litter gave 11 puppies.

“Nala has the softest coat I have ever felt on a Corso. She hasn’t met a stranger who she didn’t like. She gets along with dogs, cats, and children. She is a fantastic girl.”

We will update her profile as we get to know her better.

Great news! Will continue to send healing thoughts and prayers to Nala!

Kacey, Ivan and Stanley sending prayers and love for a full recovery. 🐾❤

We put in an adoption form on 9 February; Nala is one of the girls who interests us (along with Daisy and Lucia, and maybe Callie...)