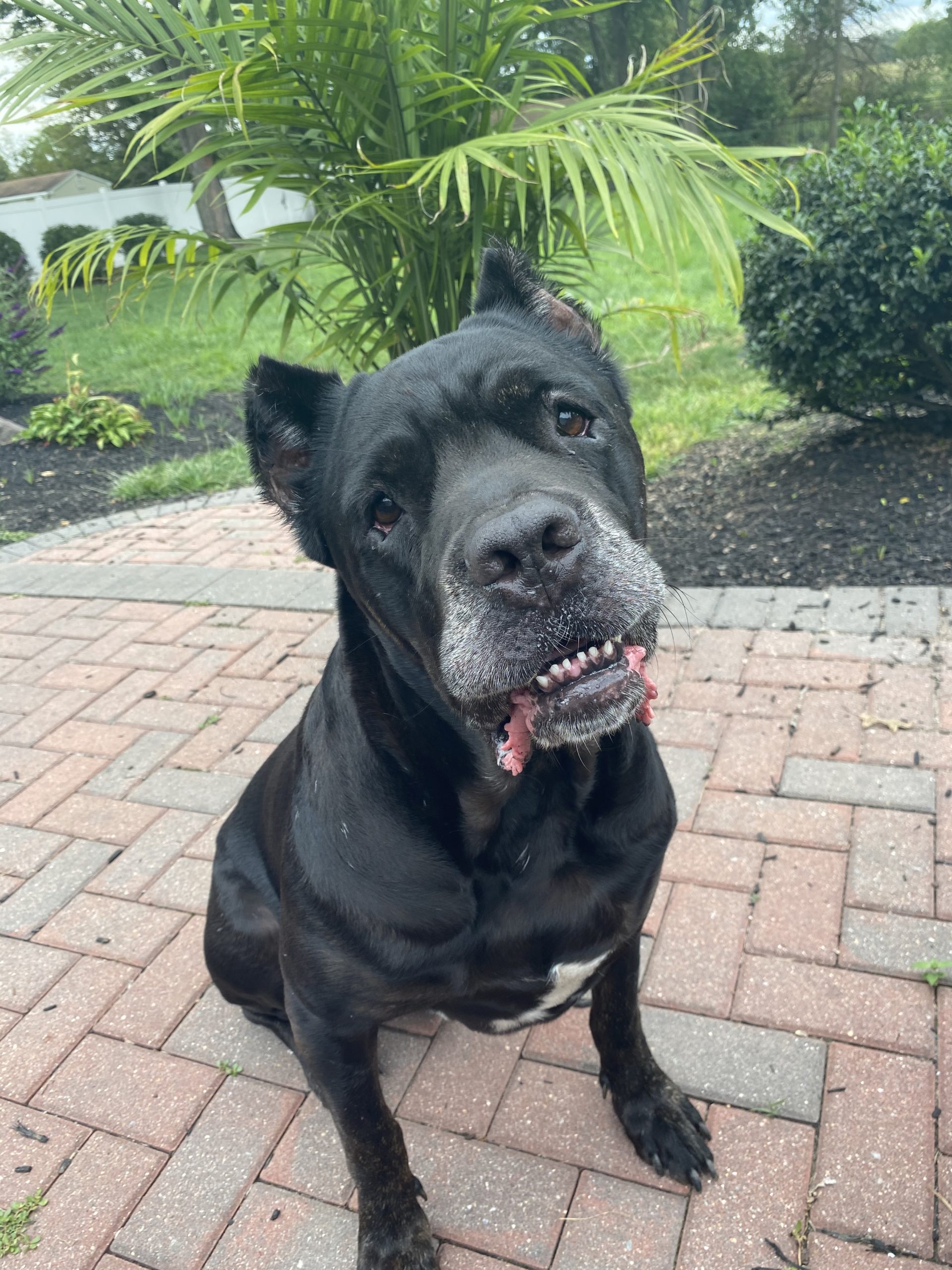 Macho came to CCR in late 2020 when he was surrendered due to his vision issues causing some concern around the several small chidden he was living with. We’re not sure how Macho ended up in a shelter but he was originally pulled by a different rescue and placed with the family who then surrendered him to CCR. When he was adopted he had not received any vetting, and they had no idea he was struggling with advanced young age cataracts. Incredibly luckily for Macho, the family who adopted him was absolutely wonderful and did everything they could for him, including getting him neutered and having his eyes evaluated. Sadly as time went on, it was clear they would not be able to keep him due to him growling at the kids when he was woken up by them. Since being with CCR, Macho has seen a wonderful veterinary ophthalmologist, who confirmed that Macho’s cataracts are not surgically correctable and prescribed some drops to help him be more comfortable. While macho does have limited eyesight- that doesn’t slow him down! He absolutely loves to play ball and hang out in the yard with his people. And don’t you worry about being cold in the winter – this boy will gladly snuggle up to keep you warm! Macho would do best with a large breed female companion and he has been fostered with cats. Due to his vision he does tend to chase when he sees them moving, but then only sniffs and moves on. Macho is a true corso and strongly bonds to one person. He does wonderful in the car and out and about, but understandably sticks close to his person as he has limited ability to see the world around him. He’s a fan favorite at the vet and would make a wonderful addition to the right family. Macho will not be placed with small kids due to his condition. We are looking for a foster, foster-to-adopt, or even better – a forever family for Macho to call his own! It is estimated that he is ~ 6 years old, and is part of our Silver Paws program.