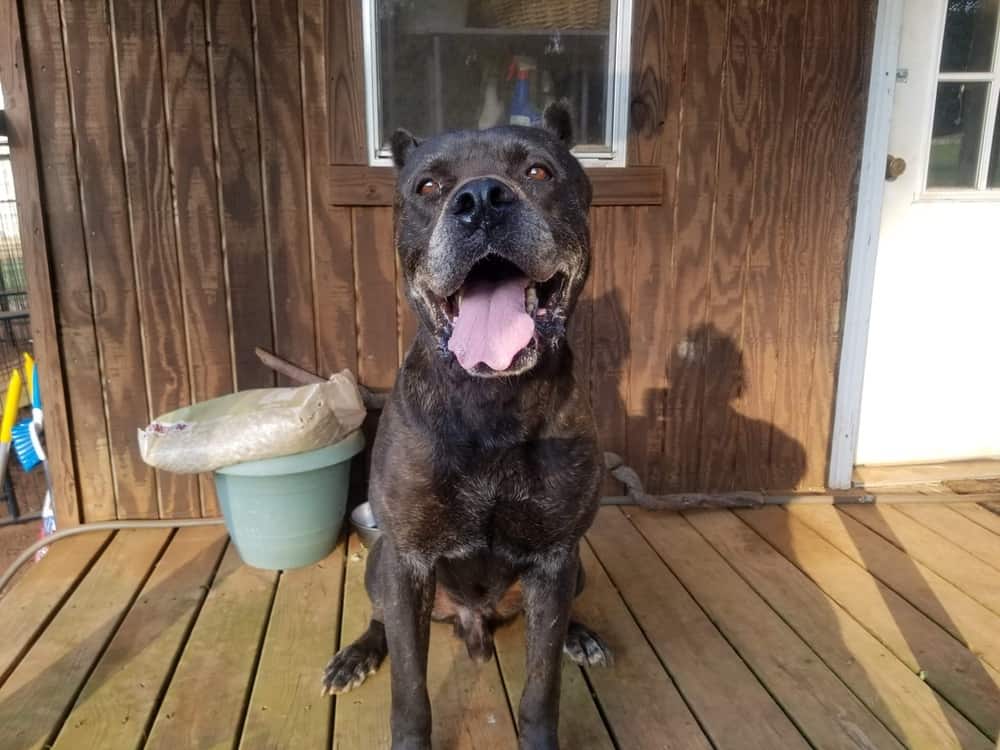 Kane is an older gentleman, probably 7 – 8 years old. When we first learned about Kane last year, it was under a very sad situation. Even before meeting him, we knew he had been mistreated in his past. To make things worse, as he was being brought into the shelter, he was seen being hit by his owner. Terrible and disgusting. The shelter reached out to CCR immediately to take Kane because every bone in his body was shaking and he was completely shutdown.

The first story we heard was that Kane was owned by his (the guy who brought him in) elderly mother and she could no longer take care of him. But after seeing what happened in the parking lot and getting to know Kane and seeing how scared and fearful of life he was, we know that we were told lies.  

Kane has come very far. His foster has worked so hard with him. First of all, she has spent lots of time getting him comfortable going to the vet. We’re not sure “comfortable” is the word, but she has shown him that he can go to the vet and have a successful visit at home. Unfortunately, one of the most recent vet visits showed that Kane has tachycardia. This is where his heart beats Very fast. As a Silver Paws dog, Kane will receive a sponsorship for his medical condition and medication. CCR is looking for a home where he is the only dog or in a home with another large breed female.