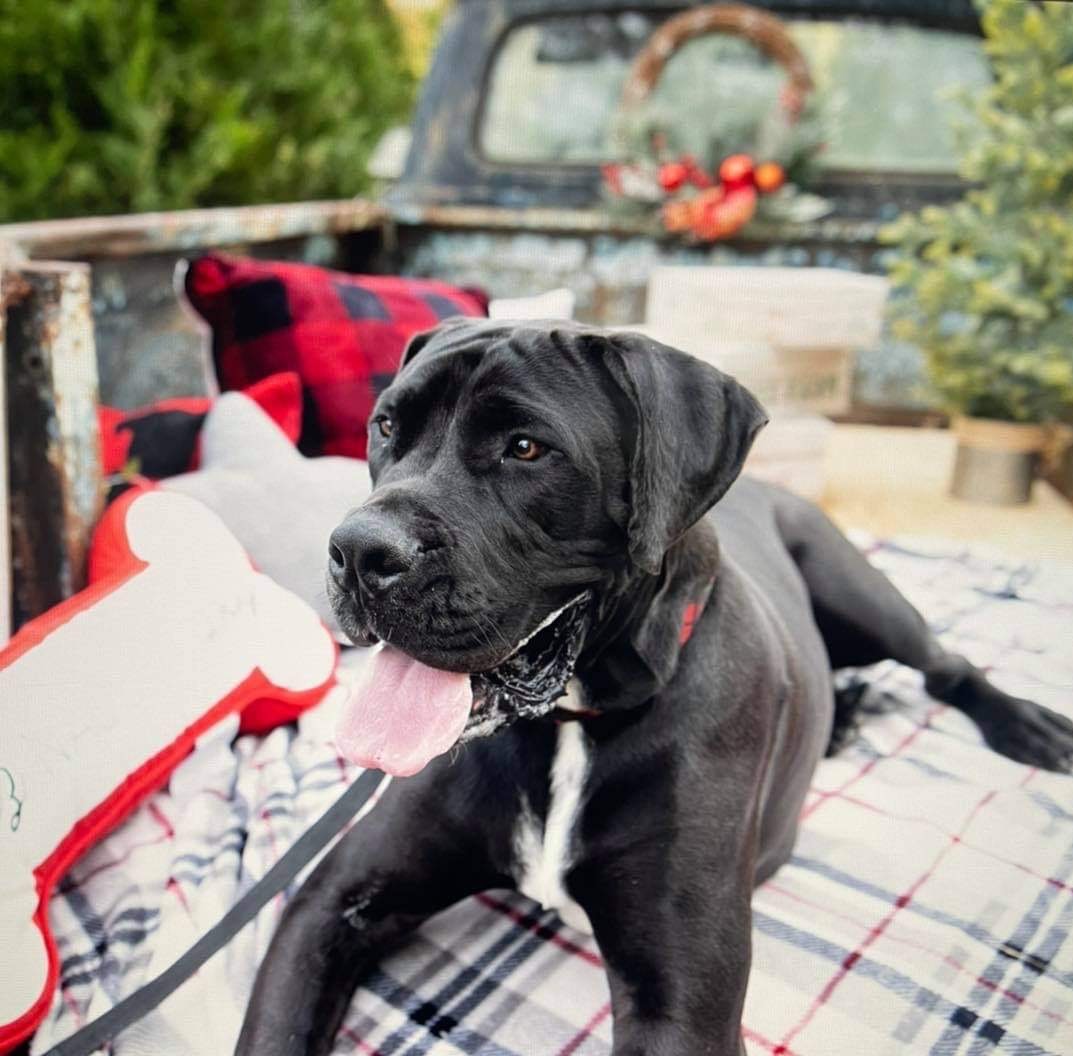 Meet Jack! This handsome young man is joining CCR as an owner surrender. A very wonderful family found Jack in a ditch as a 4 week old puppy. He was malnourished, flea infested, and having seizures. They rushed him the emergency vet and miraculously saved Jack’s life! He does have a little neurological damage due to his seizures as a puppy however other than being a little adorably cross eyed – you’d never know! He is now completely healthy and has not had any additional seizures from the time he was 4 weeks old. Jack’s family loves him very very much but sadly they have 3 small dogs who trigger Jack’s prey drive and it is too dangerous of a situation as he is reaching maturity. Jack is very well socialized and well trained but due to his prey drive he will only be placed in a family with large breed dogs and older children. Jack is looking for a foster or adopter to love him forever and continue his wonderful life! Jack is incredibly people social and seemingly has never met a stranger.

A little but about Jack from his current family:

Jack is a big goofball who loves to play and run around outside. He constantly wants to be near you, and will drag his blankets and toys to where you’re sitting so he can be close. He’s only 2, so he has lot of energy and has loved going to doggie day care for the last 2 years to make friends and gain social skills .He can drink an entire bowl of water in 20 seconds and loves to chew on hard toys. He’s hilarious and a really good boy. He’s very smart and know how to sit, lay down, and come. He’s very food motivated and will do almost anything for a treat. He doesn’t quite understand the game fetch, but he loves to chew on sticks.

Due to some seizures as a puppy, he’s a little cross-eyed. He can definitely see but has some vision issues. He will make a wonderful companion to someone who has time to love him, continue to work on socialization with other dogs, and just hangout with him.
Apply for Adoption