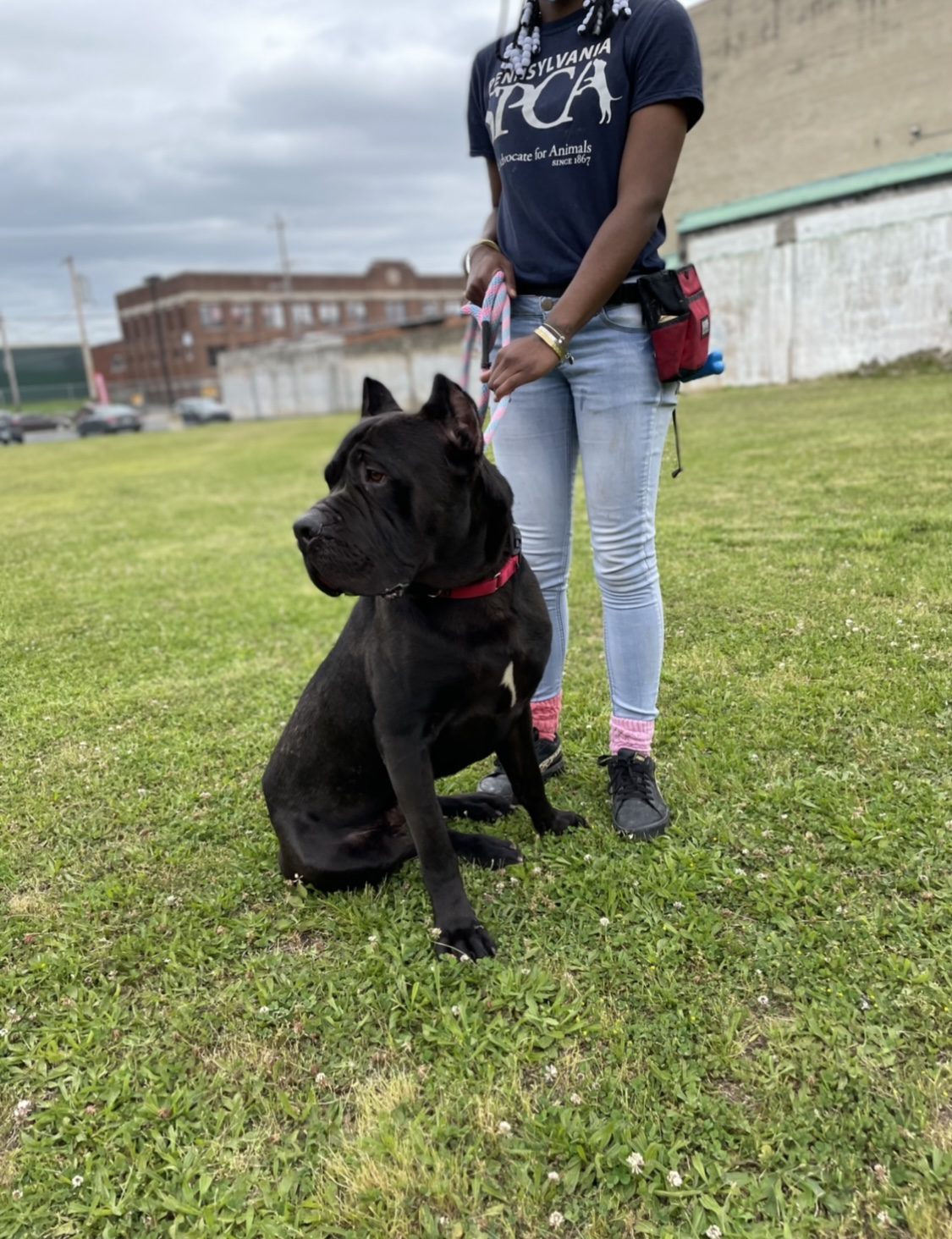 FLUFFY IS SAFE IN FOSTER!!! We will update Fluffy’s bio and we learn more about him 🙂

OK, we can explain! Poor Fluffy was found abandoned and tied to a pole in front of a shelter in Philadelphia. It is unknown if he was there for just a few hours before the shelter opened or all night, but by the time shelter staff arrived, poor Fluffy was absolutely terrified. They were able to get him into a shelter kennel and allowed him to decompress for a few days. The staff could tell he really wanted to be sweet but was just so scared… hence where the name Fluffy came in! Even though he has a big tough exterior, his insides are pure Fluff!! With a little time to get to know you, this boy becomes very affectionate and obedient. A wonderful volunteer visited Fluffy twice in the shelter and by 10 minutes into the second meeting, Fluffy was giving kisses and ready to hit the road!

We will never know what happened that resulted in him being tied up in front of the shelter, but what is clear is that at some point in his young life, he was worked with and loved. Fluffy is estimated to be about 2 years old, and is nonreactive to other dogs. As we do not have any history on him living with cats or children, he will need a foster with a large breed female only, and children 15+. At this time Fluffy needs a FOSTER home to allow him to decompress and discover more about him and his likes and dislikes. While he is doing ok in the shelter, CCR is asking for an URGENT FOSTER placement in the PA/NJ/NY/DE area to get him the attention and love he needs and DESERVES. While applicants of all locations will be considered we would like to try to avoid moving Fluffy a long distance right out of the shelter as he is already in a very stressful environment . And don’t worry – if you foster fall in love, fosters do have first chance to adopt!!