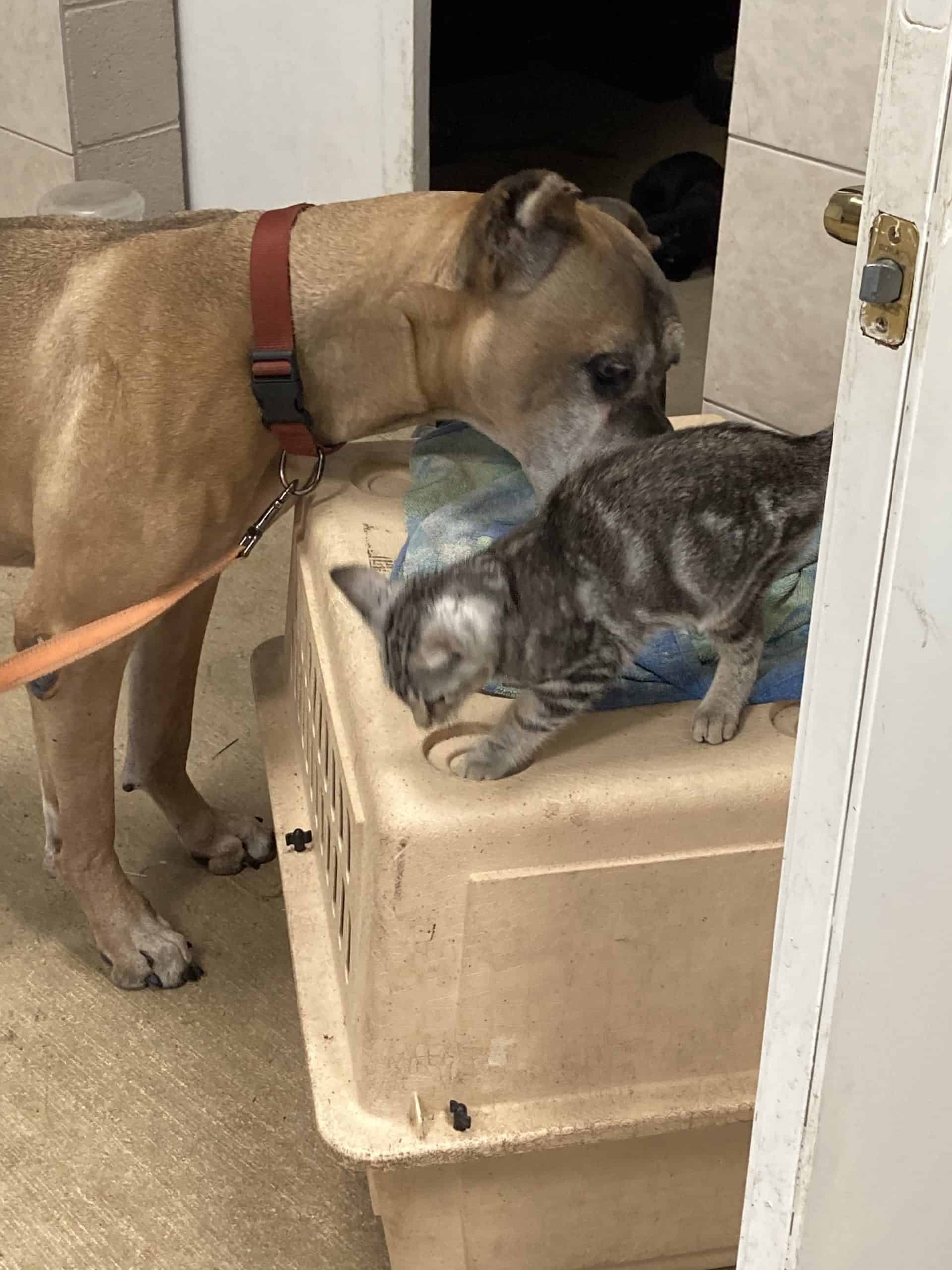 Don’t let the “Silver Paws” title fool you.  Duke DOES NOT act the age his surrendering family tells us!  Duke was scheduled to be surrendered to a NY shelter back just after COVID-19 hit.  The shelter contacted CCR directly to try and prevent Duke from having to come into the shelter at all.  Sadly, Duke was brought into the shelter but he was able to leave shortly after with a devout CCR volunteer who made fast friends with Duke.

Duke’s previous owners were able to be contacted and did share everything they knew about Duke.  This is Duke’s story.  Duke is believed to be about 7yrs old. He was surrendered to a shelter weeks before his human baby brother was to be born.  Duke was never socialized with people outside the home, and does show more hesitation with men.  However, he is reported to have been bonded to his previous human dad and later bonded quickly with a male CCR short term foster.  Duke is hesitant when he first meets you but in time, he comes around and shows affection.  According to his original owners, they “took” him from a family friend who could no longer care for him; Duke was about 1hrs old at this time.  They too were made aware that Duke was in a shelter.

Duke lived with a male and a female pit bull (mix).  He played beautifully with the female and he and his male canine brother tolerated each other.  However, it is reported that the other male would pick fights with Duke from time to time and typically Duke would walk away.  Duke has always been a house dog and has never had a yard to run and play in.  He was leash walked to potty and to exercise.  His previous family is still in touch with CCR to get updates, and the family even helped out financially when Duke needed to be boarded for a few weeks, awaiting transport!  That shows how much they love him and what a great companion he really is!

Duke is currently in a foster home in Ohio.  His foster mom is a vet and he hangs out with 7 kitties that were recently born at the clinic.  Duke is a healthy boy and as his foster mom states ” Are you sure he’s 7yrs old?  He sure doesn’t act 7!”  Duke recently had a vet check, with blood work run and everything looks great- he’s a healthy boy!  Duke loves to run and play with 2 other dogs that visit often as well.  He wants to be right with you and will pace and whine when he is left alone.  Duke is a mature Corso who is well behaved, but enjoys a good amount of playing with other dogs and humans as well.