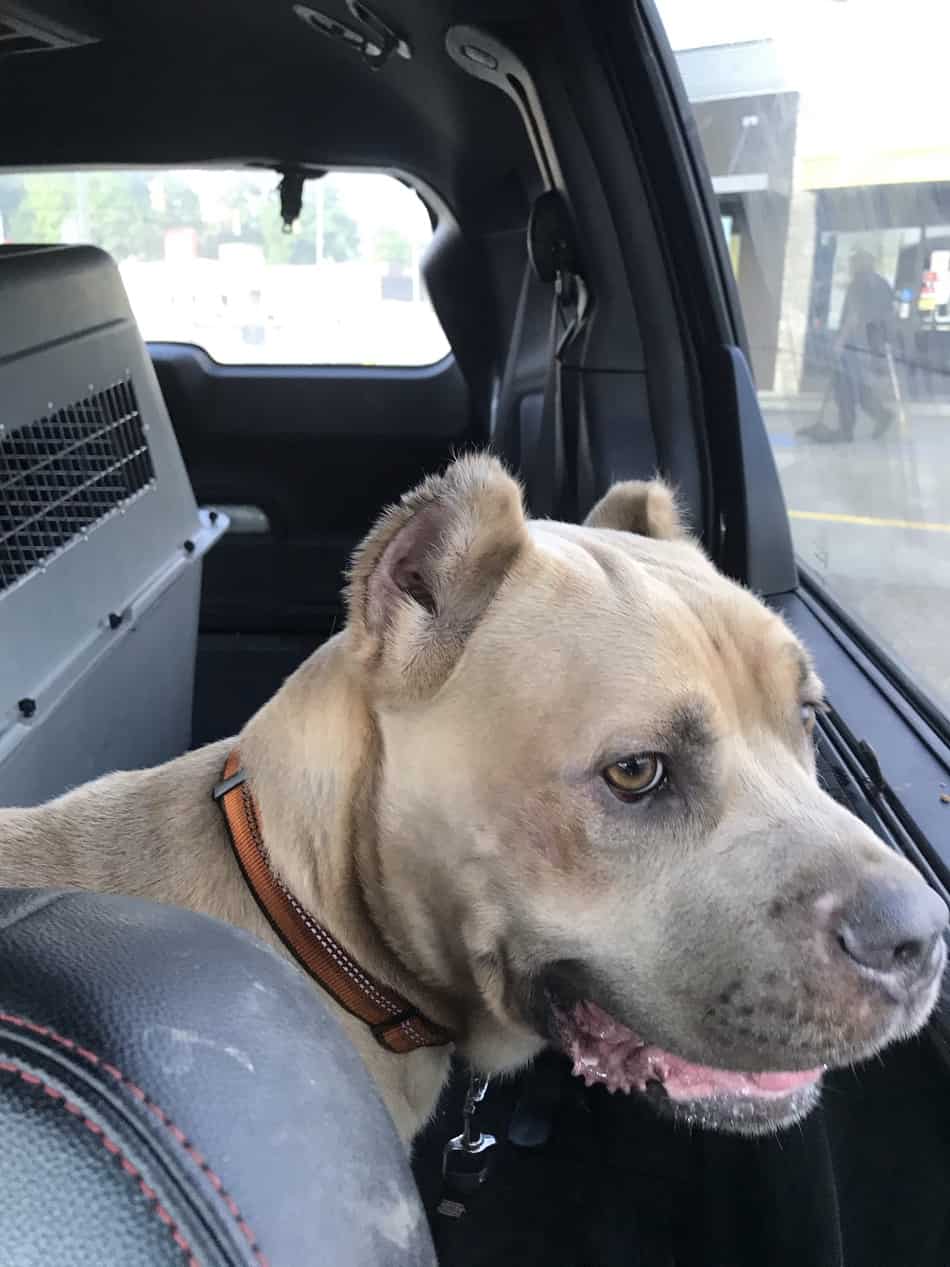 UPDATE 8/15– Caleo has really come out of his shell. He still needs time when meeting new people, but there’s 0% aggression. He just avoids initially. Caleo has made a few trips out into the public setting and even took treats from a cashier. woohoo-Great Progress, Caleo!! This boy is going to make a phenomenal companion for a family! He just needs time, patience, CONFIDENCE from his leader, and lots of love.

Caleo is a 15 month old Cane Corso in Alabama and was initially picked up by animal control as he was roaming the streets. We has found with a gunshot wound and the wound was badly infected. The owners were contacted and told animal control that he had been missing for 4 months.

When the owners came to pick him up, they took him to the vet. The vet told them that the leg needed to be amputated, their only concern was whether they could still breed Caleo… When the owner found out that it would be more cost effective to get a new dog than pay for the surgery, Caleo was dropped off at a shelter. One of the owners mentioned that while Caleo was great with her kids, she wasn’t sure how Caleo would be with young kids.

The shelter noticed that Caleo was standoffish of men until he gets to know them. Caleo has successfully had his leg amputated and was up and walking, a little wobbly understandably, a few days after his surgery. We are looking for a foster as soon as possible (or even a foster to adopt). He would do best in a quiet home with older children.